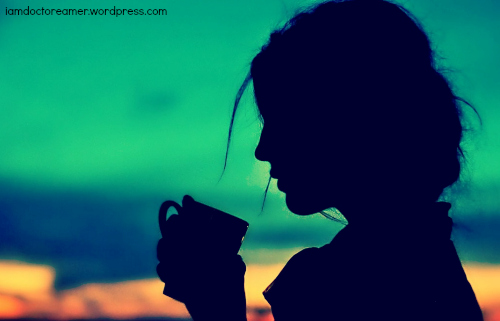 Someone asked at ask.fm with a similar question related to this. So to answer that question, let me share you what is my ideal guy If I were a girl:

1. Strong-Willed
Simply saying, I prefer a decisive man. If a guy likes me then I suggest he must make an effort to know me and later on pursue me. I don’t want a guy who is double minded. I’m not saying that he should be haphazard in thinking and making decisions. But when he decides, let it be a firm decision. Else, his heart will easily sway if ever he will meet someone better than me. Relationship is not like a game app that he can easily reset, stop or uninstall when he wanted to.

2. Family-Oriented
I don’t want a guy who shows no concern with his family such as his parents and siblings. If he can do that with his own “blood” then he could also do it to me. If he wants a happy family, he should start with his own personal family. If he has a conflict with someone in his family, let him resolve it. It’s the best time for him to make an effort and reconcile and say sorry. Real guy must like “drama” sometimes 😉

4. Bedroom-Lover
Sorry for this term but this is not about sex! This term is just for the rule of parallelism. I want a guy who loves to clean his bedroom. People spent six to eight hours in their bedroom to rest and sleep. I don’t like a guy whose bedroom is like a garage sale.

5. Vices-Free
Guys have their own reasons why they smoke or drink alcohols. But if I were a girl, it is a no no thing! Find other girl who could tolerate that! Having an affair with other girl is also a form of vice. If he can defend his vices in cigarettes and alcohols, then for sure he can defend those kind of affairs with other girls! Sorry for him, we are not meant to be. Simply, I don’t like him. Period. That’s why there are lots of broken marriages because of this kind of vices. So let him choose! Me or his vices.

6. Money-Manager
If he cannot manage his 1,000 pesos then how can he manage a family! Most of the time, money issues are the main reason why a couple fight. So it is better that he will learn to manage his money wisely while he is still single. If he wants to date me, his money must not come from his parents but from his own earnings!

7. God-Fearing
Most of the criminals, it’s either they don’t believe in God or they don’t fear God. If we will have a fight over a certain issue, then he could do something bad to me if he lost temper. Well, that was an exaggeration but I hope you get my point. 🙂  So before I will say “yes” to him, I’ll check his “religious” background first. If he would ask me for a date, I would prefer that he brings me to the church where he is attending. With this, I will know if he is really passionate in serving God. 🙂

Number three is intentionally left blank. I want to hear from you. If you’ll be the one to complete this list, what will you put there? Make it parallel!lol! 🙂

PS: As a guy, I’m still working on all the items listed especially in number 4. 🙂 You can ask me questions at ask.fm/Doctor_Eamer

This entry was posted on December 5, 2014 by Doctor Eamer in Love & Relationship and tagged qualities, tagalog.